20 Keto Vegetables To Add In Your Diet

If you prefer something other than cheese, chicken and beef to serve as the main ingredient in your food, these 20 keto vegetables may help.  They are not only low in carbs but they are also rich in vitamins and minerals, thereby, friendly to keto diet and good for health. Not just that, we also recommend some best recipes made with them. If you love homemade food or just get interested in knowing more savory recipes, give them a try!

Swapping potatoes, noodles and other higher-carb foods with cauliflower, you can definitely enjoy a good meal that keeps your low-carb diet on track. A cup of raw cauliflower (100 grams) is packed with only 5 grams of carbs, 3 of which are fiber. It’s also a rich in Vitamin C and Vitamin K, containing 46.4mg and 16mcg per serving. Here are some popular low-carb foods made with cauliflower you may make at home: 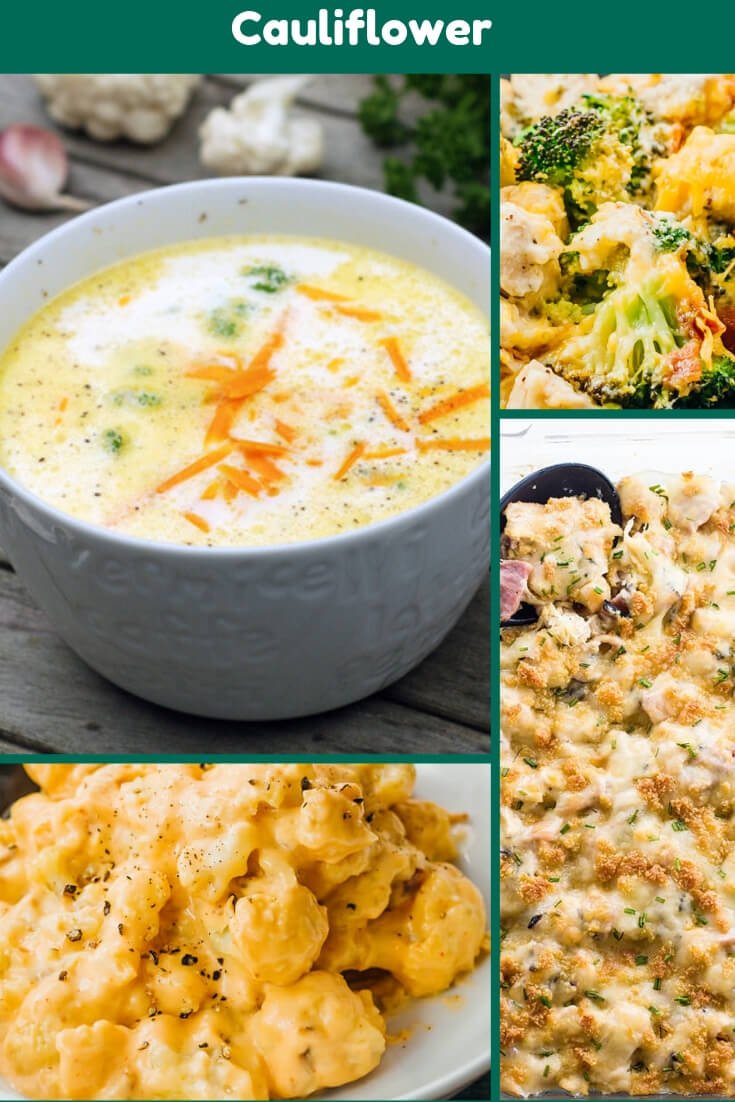 Containing only 4 grams of carbs, 1 of which is fiber per cup (124 grams), this common summer squash is used in many low-carb dishes, like low-carb noodle soup. Here are some delicious zucchini recipes:

Extremely low in carbs, mushrooms are added in the diet of both low-carb eaters, healthy eaters, vegetarians and vegans. It’s easy to combine with other vegetables to create a good taste. One cup (70gram) of raw white mushrooms contains just 2 grams of carbs, 1 of which is fiber. Find out some tasty keto mushroom recipes as below

Chicken Stuffed With Spinach And Cheese

The delicious spring vegetable is used as a food and medicine. A cup (134 grams) of its serving contains only 5 grams of carbs, 4 of which are fiber. It’s also a good source of vitamins A and K. Check out some savory low-carb asparagus recipes as below 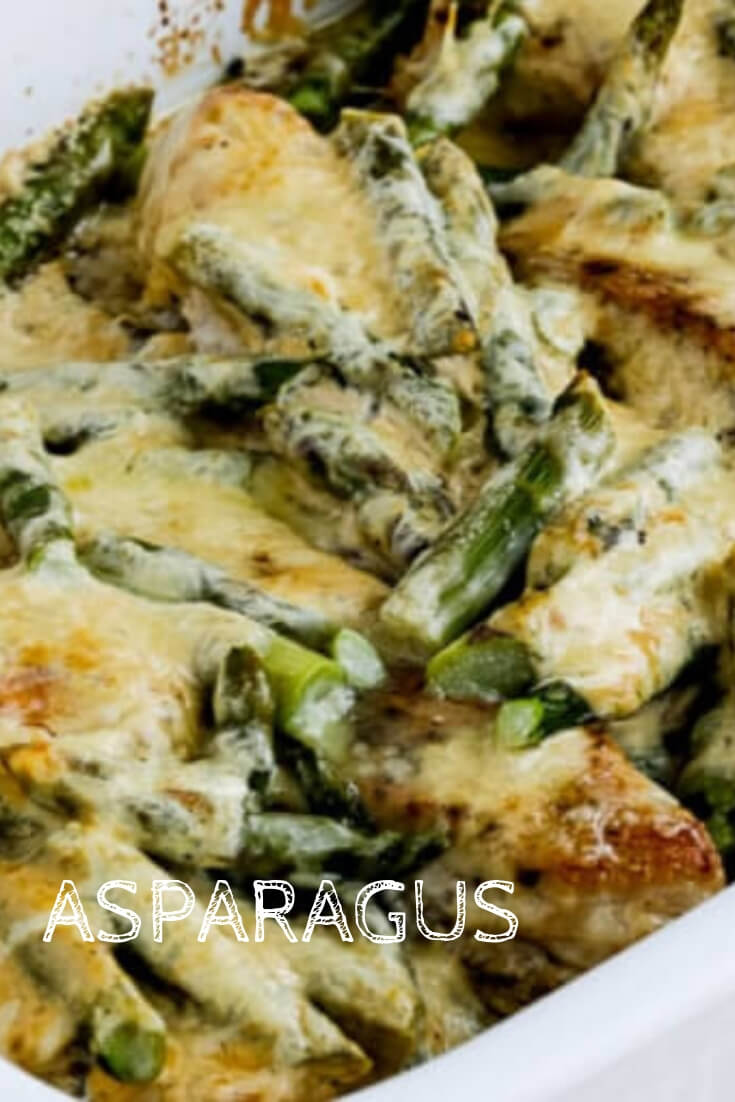 Rich in Vitamin C (81.2mg) and K (92.5mg), broccoli is a preferred vegetables in many diets, ranging from healthy to vegetarian to low-carb one. A cup (91 grams) of raw broccoli has only 6 grams of carbs, 2 of which are fiber. Here are some best low-carb dishes made with broccoli: 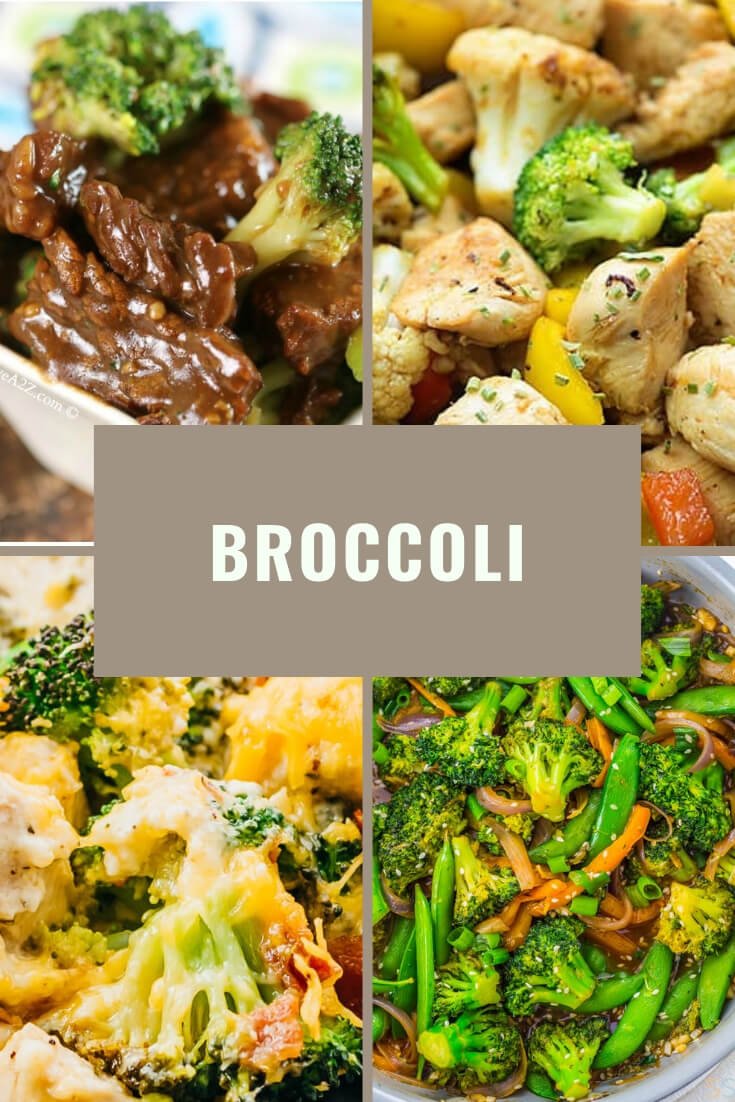 Kale is a powerful source of vitamins, providing up to 206%, 134% and 684% of the RDI for Vitamin A, Vitamin C and Vitamin K respectively. It’s also low in carb with only 7 grams per chopped cup (67grams), 1 of which is fiber. Here are some dishes made with Kale: 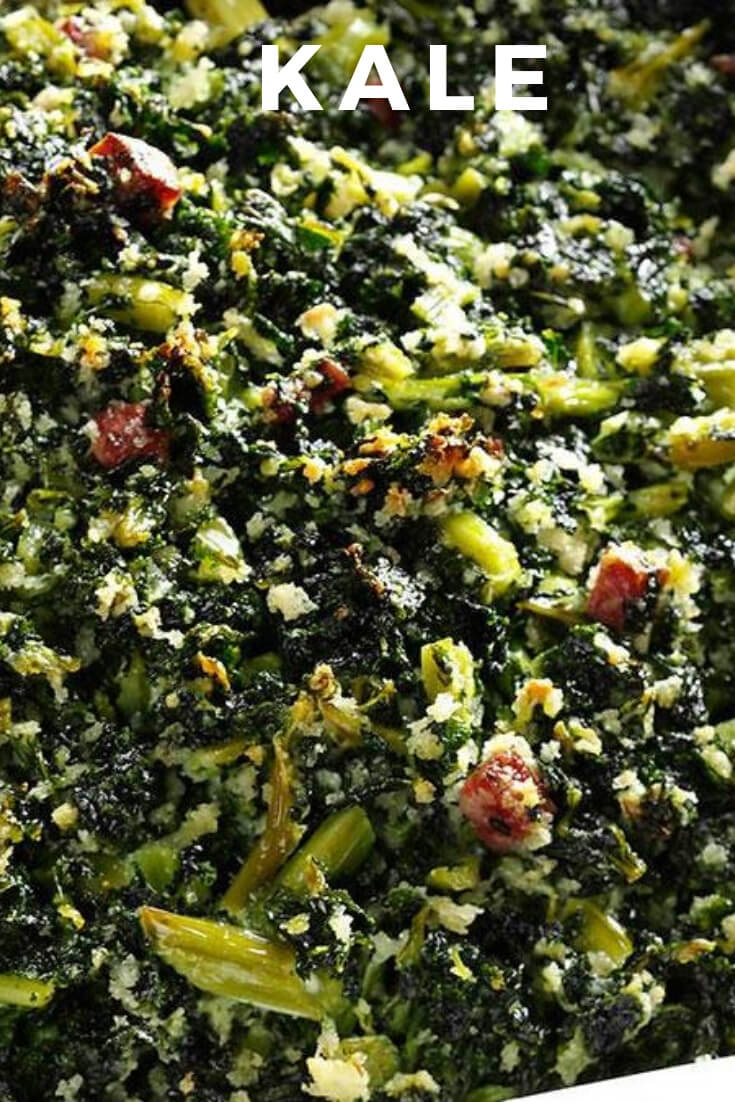 Creamed Kale With Bacon And Walnuts

Other popular low-carb vegetable is green beans.  One cup of raw green (110 grams) has 8 grams of carbs, 4 of which are fiber. There is one thing worth mention that they’re high in chlorophyll which may help protect against cancer. Find out some low-carb green bean recipes as below: 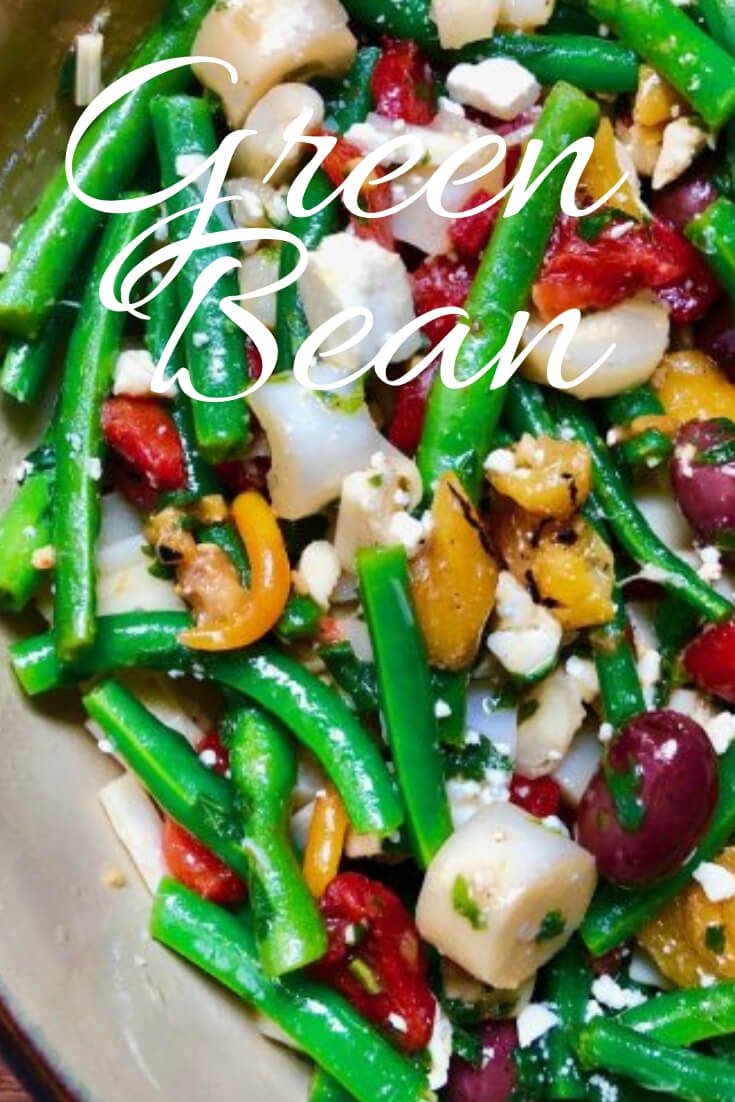 Green Bean With Bacon And Herbs

Eggplant is a popular ingredient in Italia and Asian dishes. For every serving of 82 grams of raw eggplant, it comes out 5 grams of carbs, 3 of which is fiber. Here are some tasty low-carb dishes made with eggplant you may try at home: 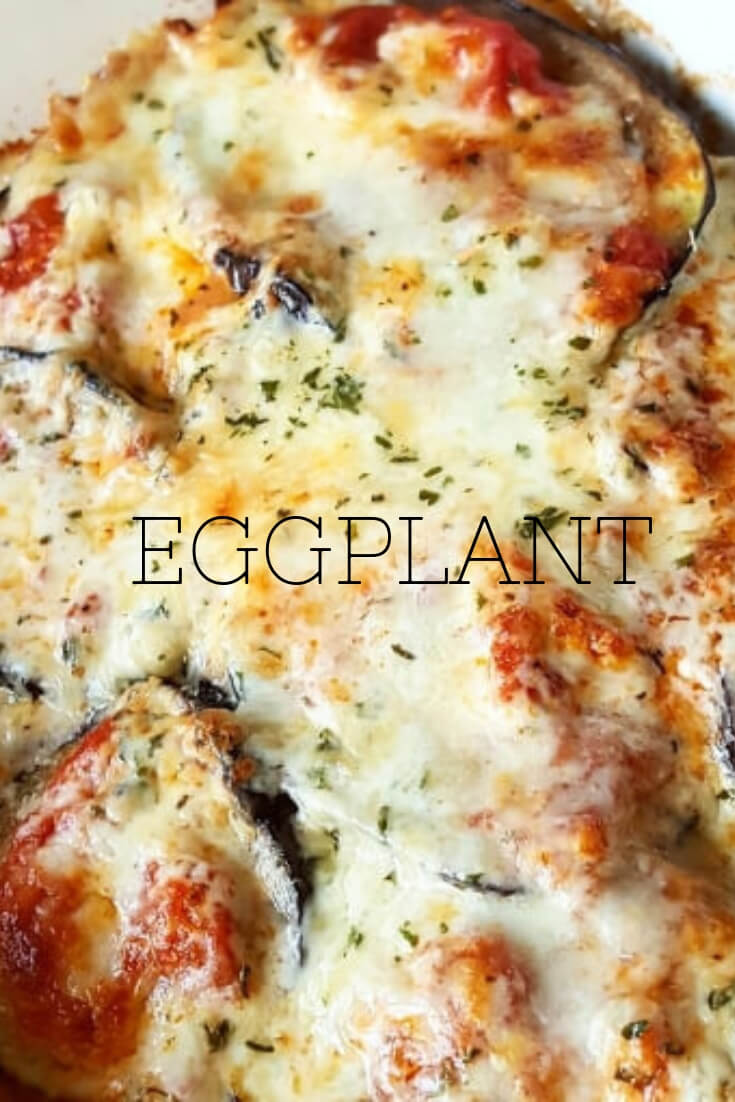 Inspite of technically a fruit, avocados are commonly consumed as vegetables. One cup of chopped avocados (150 grams) is packed with 13 grams of carbs, 10 of which are fiber. They are also high in Vitamin C, Folate and Potassium. If you get interested in making avocado dishes at home, follow these recipes: 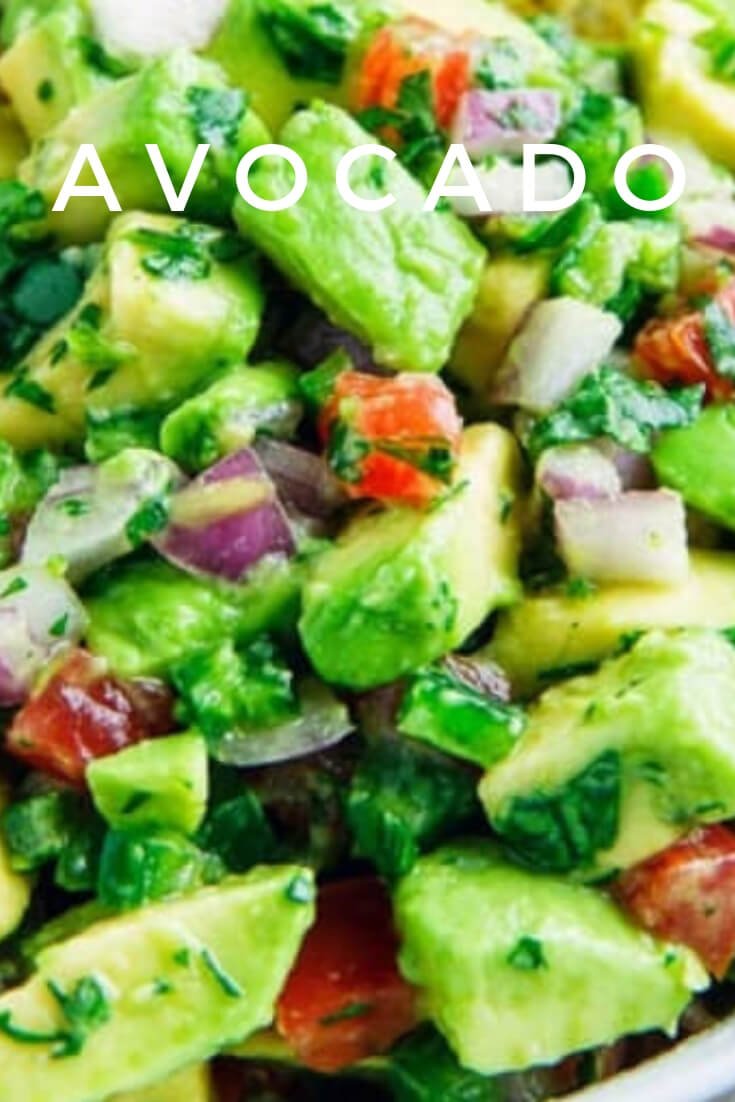 Cabbage: For every serving of 89 grams of cabbage, it comes out 5 grams of carbs, 2 of which are fiber. It’s also a good sauce of Vitamin C and calcium, providing up to 32.6mg and 35.6mg respectively. It’s a beloved filling of keto and vegetarian dumplings. 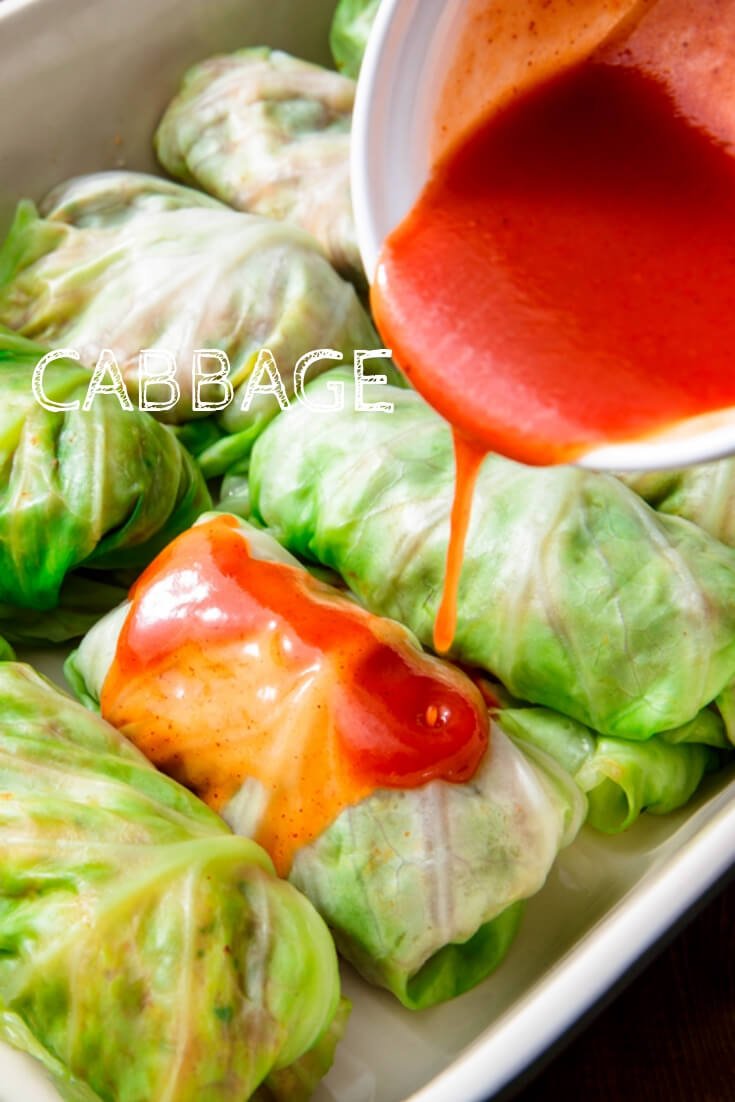 Celery: Providing only 3 grams of carbs, 2 of which are fiber per chopped cup (101 grams), celery is a low-carb vegetable used in many dishes. It’s also good source of vitamin K, providing 37% of the RDI. 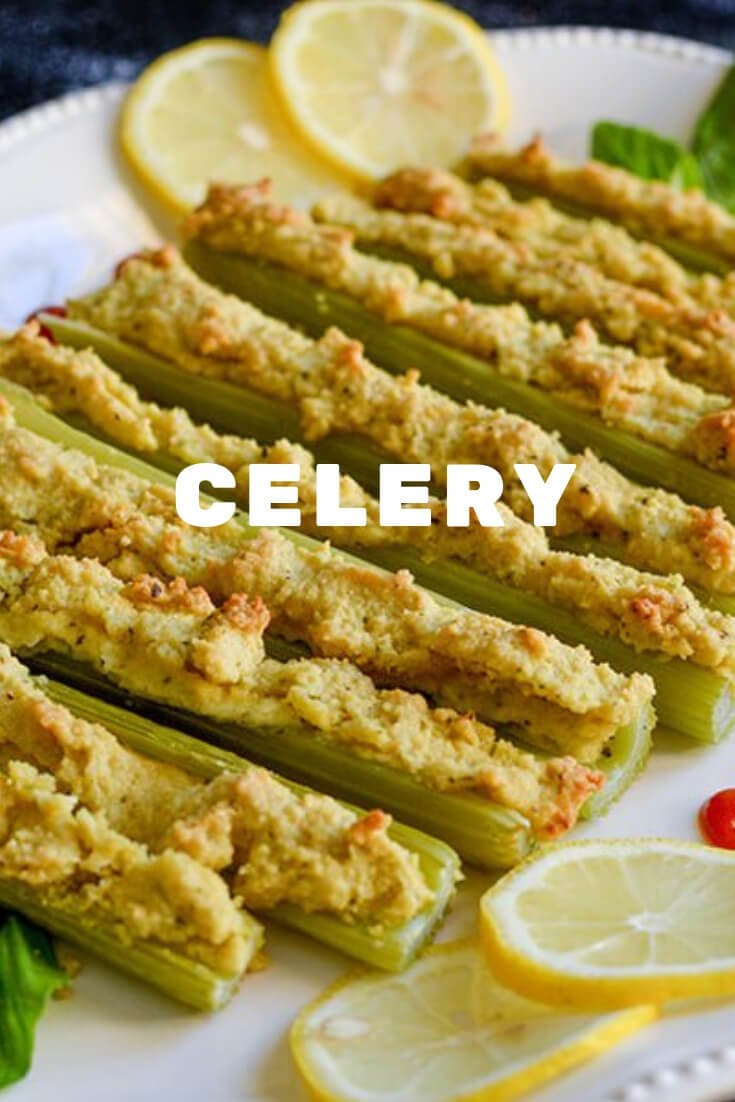 Lettuce: Eating a cup of shredded green lettuce, you will receive only 1 grams of net carbs. It’s a good source of Vitamin A and K, and often made into salad and added in sandwiches and burgers.

Cucumber: Not only fresh, cucumbers are also low in carbs, so added in the normal and low-carb diet. One cup (104 grams) of chopped cucumber has 4 grams of carbs, less than 1 gram of which is fiber. 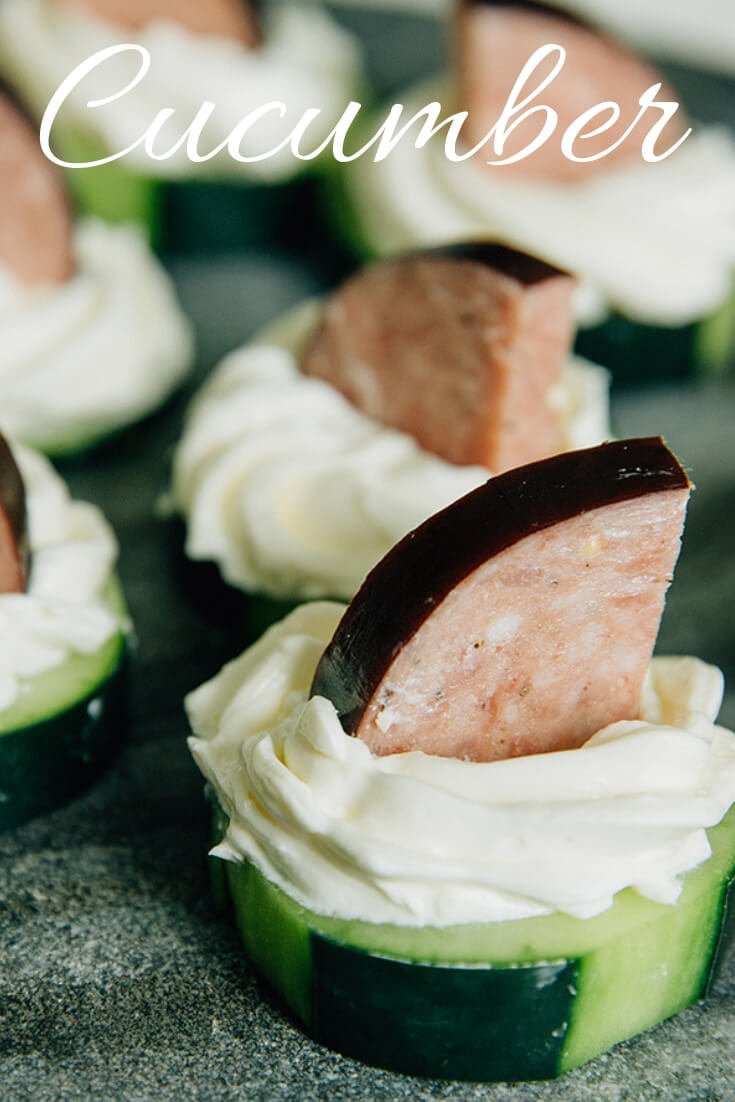 Tomato: Like avocados, tomatoes are typically consumed as vegetables although actually a fruit. One cup (149 grams) of cherry tomatoes is packed with 6 grams of carbs, 2 of which is fiber. It’s also a good source of Vitamin C and K. Tomatoes are often made into salad, stir-fried and grilled with other vegetables, topped the pizza crust, etc.

Garlic: Garlic is not only rich in antibiotic properties (Vitamin C) but it’s also low in digestible carbs. A clove (3 grams) of garlic contains 1gram of carbs, part of which is fiber. 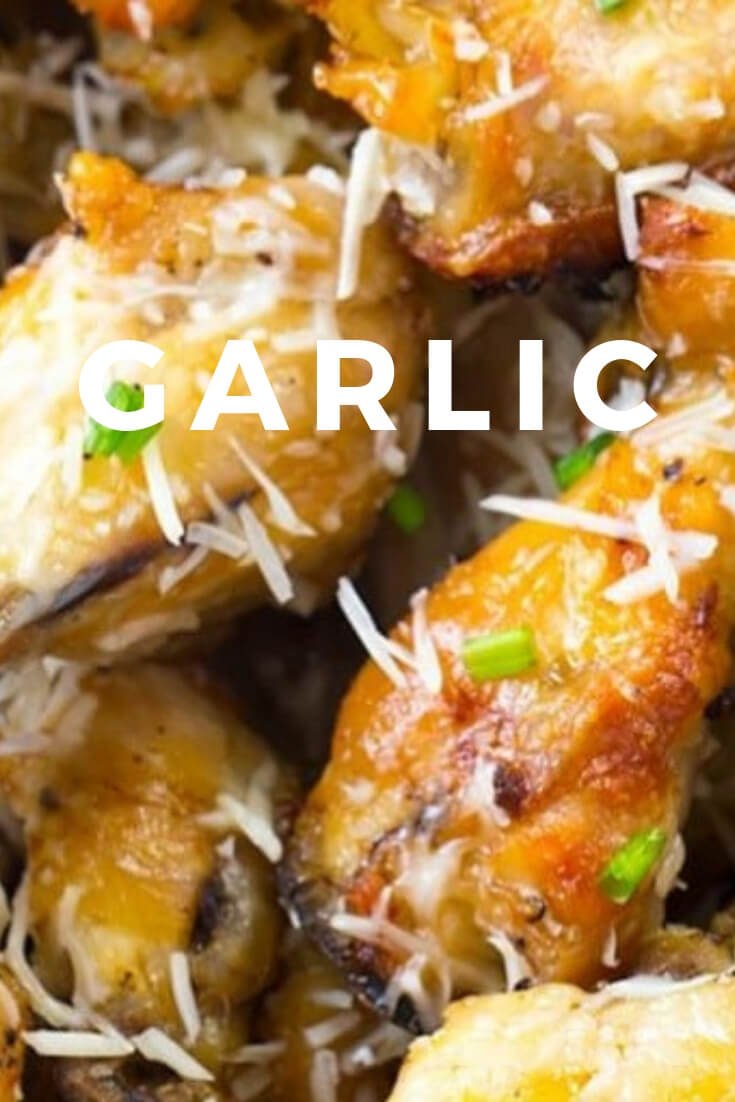 Bell pepper: Bell peppers are also worth recommending. A cup (149 grams) of chopped red pepper contains only 9 grams of carbs, 3 of which are fiber. It’s commonly stir-fried with other greens, spread over the top of the pizza, etc. 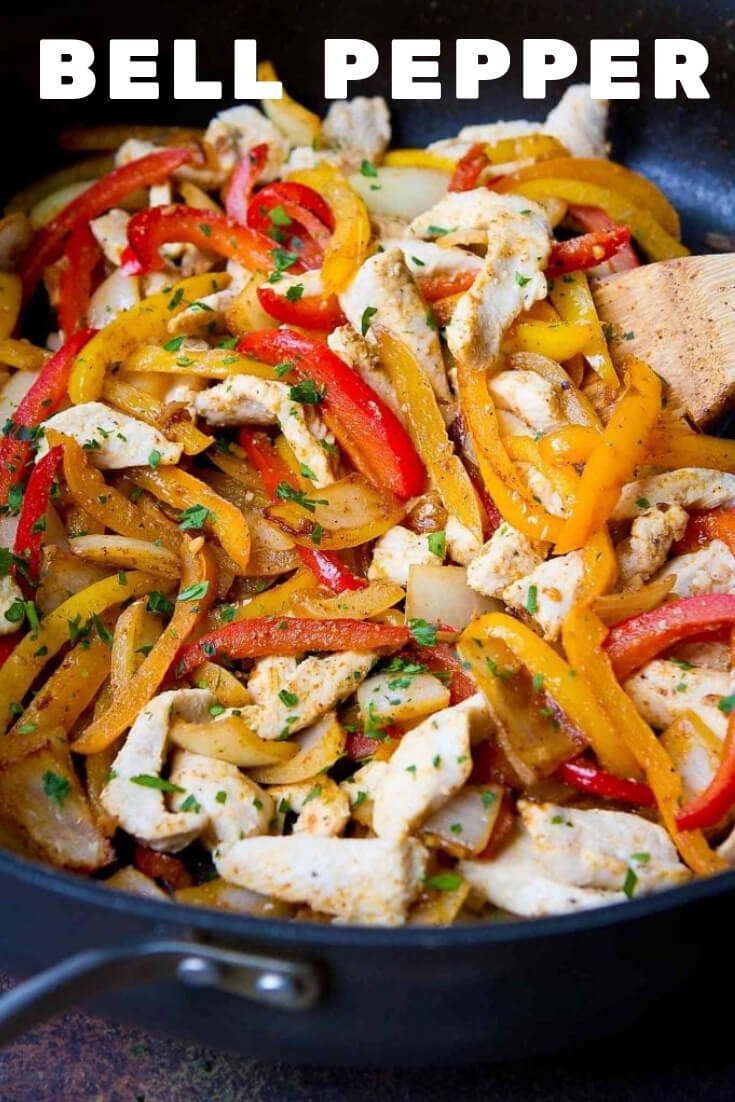 Pumpkin: Pumpkin is a powerful sauce of Vitamin A, proving up to 171% of the RDI. It’s also high in Folate and Potassium. With a serving of 116 grams (raw), it contains only 8 grams of carbs, 1 of which is fiber.

Carrot: Not only a rich in Vitamin A, carrot is also low in carbs with just 1 gram per 15 grams. It can be eaten on its own and combined with other ingredients in stir-fry, steam and stew dishes. 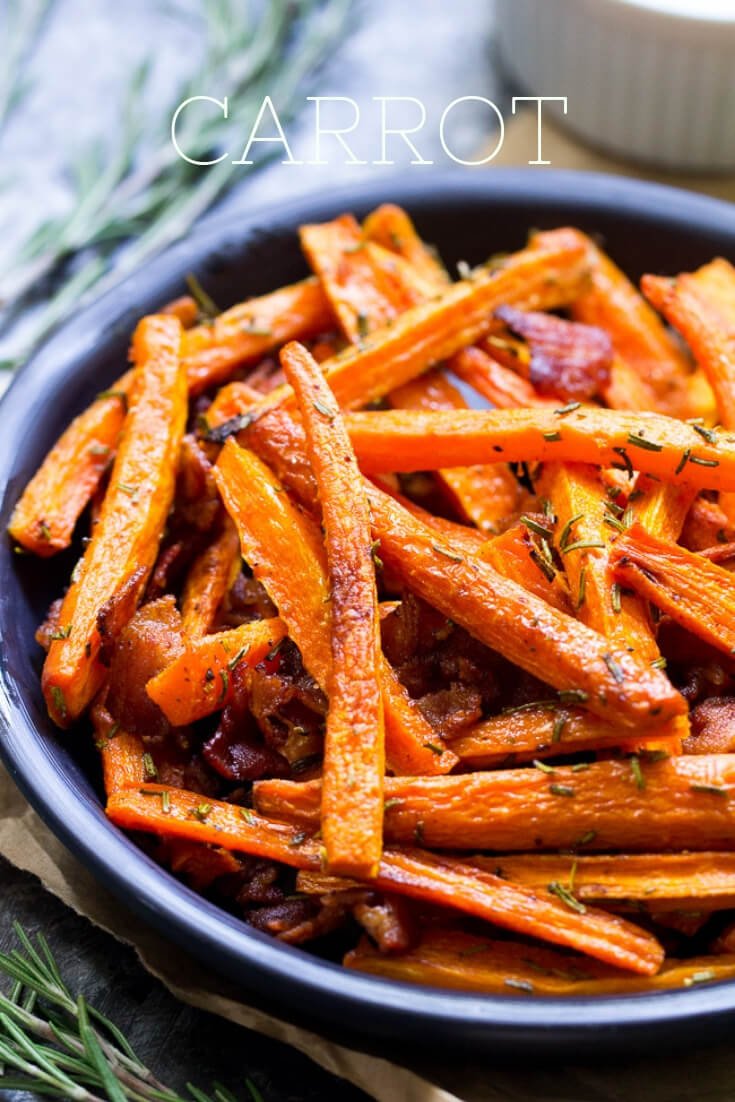 Brussel sprouts: Having 8 grams of carbs, 3 of which is fiber per serving of 88 grams (raw), brussel sprouts are also a low-carb vegetable. Plus, it contains up to 74.8mg of Vitamin C. 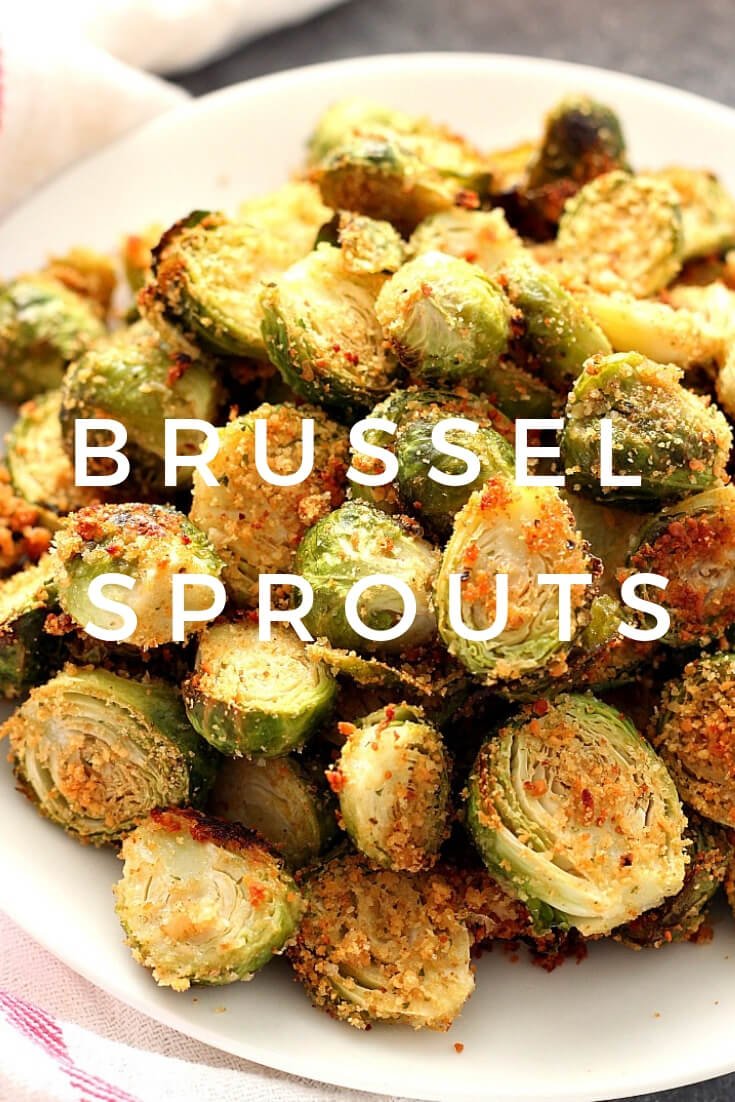 This is our recommendation for 20 low-carb vegetables. As they tasty and good you’re your diet, why don’t you make your meal with them?

30 Best Types Of Gratin You Should Never Miss