It is among the healthiest fruits and vegetables which contains minimum calories. There are 3 recipes Japanese eggplant is going to taste great with them.

Normally, they are used to grill, stir-fry or even deep-fry. 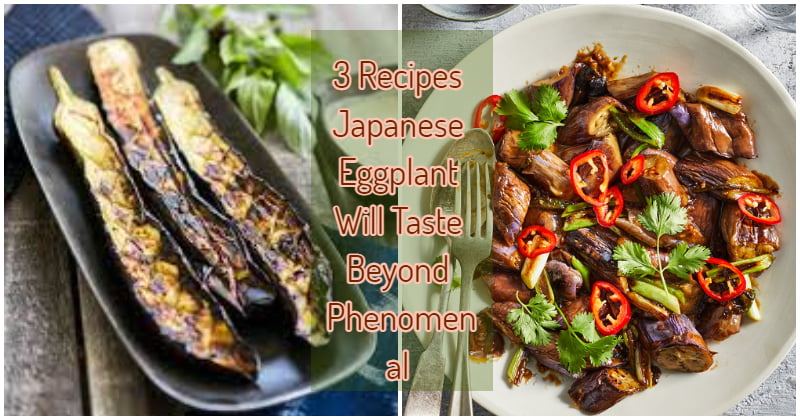 This dish is soft, juicy and moist which is perfectly for an appetizer and side dish. With a spicy soy glaze, it brings much more flavors to the eggplants and balances all the ingredients. It only contains under 130 calories and takes less than 20 minutes to finish. Among other chip recipes Japanese eggplant fries are much healthier and completely low-carb. It is perfect for movie nights and gatherings as a comfort food. Thanks to the cheese, it is as appealing and as tasty as potato fries. The third one in this list of recipes, Japanese eggplant is combined with beef to be turned into a Korean dish. It’s savoury, wet and tasty.

For more keto-friendly and healthy recipes Japanese eggplants could also work with pork and tofu.

Low-carb Ingredients For Dumplings That Are Easy To Find

How To Combine 4 Keto Vegetables In 1 Recipe

4 Recipes With Kimchi Which Are Amazingly Good For Your Health

3 Tasty Recipes With Cabbage And The Most Used Proteins

How To Make Keto Rice From Cauliflower In 5 Minutes

30 Best Types Of Gratin You Should Never Miss